COVID-19 and Abortion in Peru 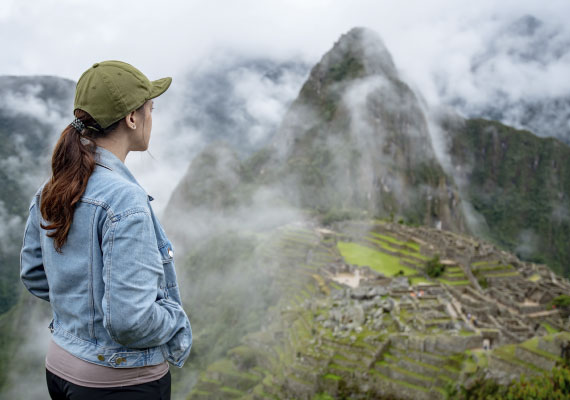 COVID-19 and Abortion in Peru

1.    Legal and social context of abortion

In Peru, the only legal cause for abortion is when the individual with the capacity to gestate1 is seriously affected in her health to continue the pregnancy. The law decriminalizing “therapeutic abortion” dates from 1924, but its protocol for implementation in health services was only approved in 2014. Even with regulations, access to therapeutic abortion faces several administrative and moral barriers that end up producing situations of high physical and psychological vulnerability for those who need this intervention (1). It is important to note that the therapeutic abortion protocol does not explicitly consider pregnancy resulting from sexual violence as a serious harm to the victim's health.

Due to the restrictive legal context, there are no official figures on the situation of abortion in the country, so estimates have been made based on cases of incomplete abortion that reach public health services. Thus, it has been estimated that between 371,420 and 410,000 abortions occur each year, many of which are still unsafe (2). In 2018, 43032 women were treated for incomplete abortions, most of which were induced but officially registered as "miscarriages" or without any type of specification. Of this number, 2480 were girls between 12 and 17 years old (3).

Abortion in Peru is highly criminalized and stigmatized. People who decide to terminate their pregnancies are prosecuted by the State. The persecutors are usually public officials, to whom the people who abort usually turn for help: doctors, social workers, police and lawyers. According to the website Ojo Público: "From 2015 to 2018 the Attorney General's Office promoted 961 complaints about abortion and obtained evidence to take 312 cases to court" (3). In the last ten years, the State has prosecuted 1,725 people for abortion, of which 571 were women who had abortions.

Criminalization also extends to those who help women have abortions. If they are health personnel, in addition to prison, the law provides for their professional disqualification. According to official figures, 990 men and women were charged with facilitating access to abortion, and 88 of them were health professionals (3). Article 30 of the General Health Law obliges doctors to report patients who arrive at the health services with "signs of criminal abortion” (induced abortions), which confronts them with their own code of ethics.

In 2010, the first public hotline was launched, free of charge and with a feminist perspective on medical abortion in Peru. Since that date, the “Safe Abortion Information Hotline” has gave information to more than 10,000 people with the capacity to gestate. Despite its limitations as an activist initiative with funds from donations and self-management, and various attacks against it, it has continued to operate uninterruptedly. In 2014, it published the book "Let's Talk about Abortion and Misoprostol", which is open-access.

The panorama of activism on safe abortion has been extending in the country: from organizations that offer accompaniment like "Serena Morena" to initiatives for free access to information through the internet like "Decido Yo", more groups and initiatives regarding the reproductive rights and abortion are emerging.

3.    COVID-19 and Sexual and Reproductive Health

On March 15, 2020, the President declared a nationwide State of Emergency due to the COVID-19 pandemic. One of the measures decreed to mitigate the level of infection was mandatory quarantine, with limited possibilities of mobility during the day and staying home at night. This anticipated measure was expected to prevent the collapse of the health system, whose limitations and serious deficiencies make it even more fragile in the face of this current health crisis. However, the measure failed to control the spread of infection. To date (May 25), there are more than 123979 cases and 3629 deaths (4). At present, public hospitals are collapsed, especially in the cities of Loreto and the North of the country.

At the end of April, the Ministry of Health issued guidelines related to pregnant women at risk or infected by COVID-19. This norm develops the procedure to prevent exposure and/or infection of the mother and the newborn during delivery and contemplates biosecurity procedures and discharge criteria for the mother and the newborn. We highlight two important points of the norm, on the one hand the delivery of emergency oral contraception and other contraceptive methods to women and adolescents, and on the other hand, the application of therapeutic abortion in case the life of the pregnant woman is at risk due to the COVID-19.

While this measure is necessary, sexual and reproductive health has been a topic that has not been discussed publicly during the almost daily public messages of the President and his ministers. There is little official information available from Peruvian official means on the sexual and reproductive health situation in this pandemic context. For example, no public communication has talked about safe sex in the face of COVID-19 or what measures will be taken to deal with the high rate of unwanted pregnancies that some specialist agencies on the subject - such as UNFPA - have anticipated might occur (5). In the case of family planning services, the lack of provision and information by the State places women at risk of an unwanted or unplanned pregnancy. This in turn mainly affects the most vulnerable women, either because they are in a rural area or because economic, educational or similar factors prevent them from accessing the information and contraceptive methods they want privately.

Through the media, it is known that hospitals are in a critical situation and that gynecological-obstetric care cannot be provided at times, due to lack of space or available personnel (6). It is therefore presumed that many cases of incomplete abortion may be having difficulty being attended to in a timely manner.

In this regard, the Ombudsman's Office warned about the lack of coordination and monitoring by MoH with health facilities to ensure compliance with the provisions, as well as the urgent need for information on sexual and reproductive health for citizens in general (7).

A worrying news are the reports of sexual violence that have occurred during the quarantine period. So far during the state of emergency, the Ministry of Women's Affairs has reported that 226 girls were victims of rape (8). An independent media (Wayka) requested information from the President and his Ministers on the situation of these girls during a televised message. Did these girls receive the KIT provided by the government in case of sexual violence, including EOC and PEP? How many girls who were raped became pregnant during the quarantine? Are they being guaranteed access to therapeutic abortion? None of these questions have been clearly answered. This situation is really serious considering that Peru is one of the countries with the highest number of cases of sexual violence in the region. Between 2015 and 2019, the Ministry of Health registered more than 5,000 births of girls between the ages of 7, 10 and 14 as a result of sexual violence, a figure that is also presumed to be much higher due to under-recording of cases. Underage girls are a highly vulnerable population in a context of social isolation (8). To date, there is already a known case of a minor victim of sexual violence who was denied emergency oral contraception in a hospital in the country (8).

In response to the government's resolution, conservative and anti-choice groups have opposed the provision of EOC and the implementation of therapeutic abortion, both of which are legal in the country. On May 5, Congresswoman Luz Cayguaray (congresswoman from the religious party "Frepap") requested to know the legal, scientific and medical support for the norm. In addition, she asked the Perinatal Maternal Institute (a public hospital specialized in delivery care) for the numbers of pregnant women with COVID-19, the abortions performed to date and their causes. They question the application of therapeutic abortion in cases of serious situations due to COVID-19, since they argue that there is little evidence of vertical transmission of the virus from the pregnant woman to the baby, which once again shows their disregard for the life of women in risk situations.

Faced with a critical situation and social isolation, feminist groups continue to work from virtual space. The Safe Abortion Information Hotline continues to provide uninterrupted service, while other care networks continue to offer information and support virtually. In conjunction with the hotline, the Collective for Free Information for Women has recently launched the podcast (Las Públicas) to disseminate information on sexual and reproductive health. However, the current situation of quarantine makes it difficult to access information on the status of safe abortion.

The information provided by users of the Safe Abortion Information Hotline highlights some of the difficulties faced by women who have abortions in this health emergency context. First, quarantine and social isolation have taken away women's privacy, and they now have to make the decision to have an abortion with more barriers. Young women living with their parents and families find their possibilities of receiving information restricted. The same for women who are quarantined with their partners who may oppose abortion. Confinement also results in many women having to undergo the procedure without support from their care networks, adding to the fear and insecurity about the procedure.

Another problem identified, in addition to the lack of privacy and support from care networks, is the difficulty in accessing the drug Misoprostol, which is sold in our country with a doctor's prescription. Before COVID-19, one strategy used by people with the intention of having an abortion was to go to pharmacies in search of the drug. With the help of information provided by information and care networks, pharmacies could be located in the city where the drug was sold without a prescription. However, now in quarantine, this possibility becomes much more complicated, due to the lack of public transport (and the risk of infection it entails), as well as the rules of immobility. The quarantine has also prevented the shipment of pills from Lima to other regions of the country, as well as the shipment of pills from foreign organizations to Peru.

Another important concern is what to do in an obstetric emergency. While abortion with misoprostol is safe and effective, there are cases in which the drug does not cause abortion, which can lead to complications that should be attended to in a health service. In this context, it is difficult to ensure that care for incomplete abortions is treated promptly in hospitals, or with biosafety care to prevent the infection of COVID-19, because of the situation faced by health services.

Despite these difficulties, people with the capacity to gestate continue to seek information for abortion, and it is likely that those in poverty, facing gender-based violence, adolescents and without care networks are the most vulnerable in this context. The COVID-19 emergency exacerbates well-known problems, which are the result of the illegality and criminalization of abortion in Peru.