The Reality Behind Safe Abortion Access: A Case Study of Mozambique 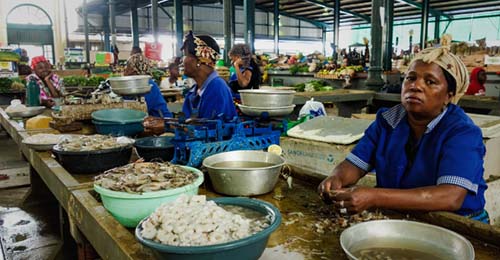 The Reality Behind Safe Abortion Access: A Case Study of Mozambique

The risk of dying from an unsafe abortion is highest in Africa, where 3 out of 4 abortions performed are considered unsafe, according to the World Health Organization. Abortion is illegal in most African countries, though a handful of states have recently liberalized their laws to permit abortions, at least in certain cases. One of those countries is Mozambique, a nation with one of the highest maternal mortality rates in the world and where unsafe abortion is the leading cause of maternal death.

In an effort to address the high number of maternal deaths, Mozambique changed their abortion laws in 2014 to permit abortion up to the 12th week of pregnancy. In cases of rape or incest, women are allowed to terminate up to the 16th week. Previously, abortion had only been allowed if the woman’s life was in danger.

While loosening abortion regulations certainly represents a sign of progress, it is often not enough to ensure women can actually access safe abortions. Myriad barriers, including the stigma against abortions and lack of knowledge about safe abortion options, effectively preclude women from exercising their right to end unwanted pregnancies.

In Mozambique, some women and girls believe in African myths about abortion, like the idea that any woman who terminates a pregnancy is homicidal and wants to kill other people. Many people in Mozambique refuse to be served food from any woman who has had an abortion and shun them from their communities. These myths contribute to the stigmatization of abortion and force many women to resort to more private, but less safe measures.

Additionally, addressing the underlying factors that contribute to abortions is also important in reducing the number of unsafe terminations. Many women and girls in Mozambique lack access to contraception or other safe and effective family planning. A study by the World Health Organization found that among sexually active 15-19 year olds, nearly three-quarters do not use any form of birth control. Mozambique also suffers from high rates of domestic violence and sexual assault—crimes that both contribute to unwanted pregnancies and symbolize the lower status of women in society.

HowToUse’s mission is to help women and girls in countries like Mozambique by providing much-needed accurate and easy-to-understand information about terminating pregnancies safely through the use of abortion pills. Medical abortion is a safe alternative to surgical procedures, and allows women to terminate their pregnancies more privately, often in the comfort of their own homes. However, it is imperative women have access to accurate information about where to get the pills and how to take them. That’s why HTU empowers women and abortion allies with the facts. Visit our website for more information or if you need our help.