Abortion In Ethiopia - A Closer Look 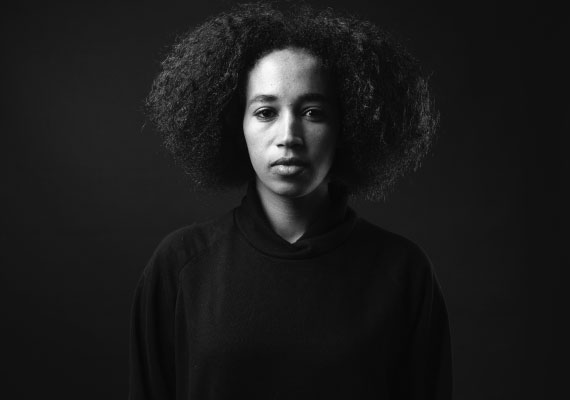 Abortion In Ethiopia - A Closer Look

This is a guest blog by IDEA AFRICA. IDEA is a women-led organization that counters oppressive narratives, norms and inputs feminist narratives (in their multiplicity) into popular public discourse. Follow them at afroidea.com

Abortion and Sexual Reproductive Health and Rights have a permanent spot in the place of emotive and controversial topics in the world. It is true and honest to present that very few places on earth have a unitary position as far as abortion rights are concerned. In this article, we take an aerial view of abortion rights in Ethiopia and interpret their impact.

Ethiopia has a highly interesting public response to abortion rights. Over 95 percent of Ethiopia’s population is either Orthodox Christian, Muslim, or Protestant. All the three religions forbid abortion. From independence and up to 2005, the landlocked nation only allowed legal abortion if the procedure could save the life of a woman or protect the woman’s physical health. During this period, Ethiopia was at par with most African countries in applying very restrictive abortion laws.

In the years building up to 2005, abortions formed the greatest contributor to maternal mortality in Ethiopia. Women seeking access to abortion services were dying in their thousands. It is documented that, most public hospitals allocated at least three-quarters of their bed capacity to complications arising from unsafe abortions. This was a disaster and a health care tragedy. Since the repeal of abortion laws to include victims of rape, incest or fetal impairment, it is extremely difficult to come across an abortion related death in Ethiopia. This tremendous change illustrates the far-reaching steps that Ethiopia took and already makes the nation a case study for other nations seeking to manage maternal deaths.

In retrospect, pressure from human rights’ activists and records of high rates of maternal deaths d to unsafe abortions forced a change of heart in Addis Ababa and fueled the expansion of the abortion rights’ space in Ethiopia. This point of action, in 2005, elevated Ethiopia as a progressive nation that had departed the Eastern African c club of countries with heavily retrogressive antiabortion laws. The new law allowed abortion if the procedure could save the life of a woman or protect the woman’s physical health. It also allowed one to legally procure an abortion in cases of rape, incest or fetal impairment. With this law, Minors can procure legal abortion in case they are physically or mentally unprepared for child birth.

Research done on 822 facilities from 82 key informants knowledgeable about abortion services in Ethiopia showed that approximately 620,300 abortions were procured in 2014. That figure was consistent with the annual abortion rate of 28 abortions per 1,000 women, at least from 2008 to 2014. Prior to that, Ethiopia had a rate of 22 abortions per 1,000 women. The import from these statistics is a display of an interesting reality. The expansion of the abortion space led to more women taking up abortion services. In addition, the rate of maternal deaths from unsafe abortions went down. However, abortion rate in Ethiopia still pales in comparison to the rates in other East African nations including countries that still prohibit abortion in all its forms.

The direct implications on the revision of abortion laws in 2005 within Ethiopia is that Ethiopia criminalized any form of self- induced abortions or the conduct of such an exercise by a nonrecognized individual or facility. Within a decade since the passage of these laws, the percentage of abortions conducted in health facilities increased from 25% to 50%. Health facilities became the epicenter of safe abortions in Ethiopia. More women were turning to professionals in place of quacks and backstreet clinics. Indeed, the Liberalization of the laws did not increase the prevalence of abortions in Ethiopia. Rather, more women now had reliable access to safe abortions.

The case of abortion rights in Ethiopia carries the image of a twisted paradox. Women in Ethiopia have a reason to celebrate the government action of 2005. Indeed, Ethiopia has the least restrictive abortion laws in Eastern Africa. On the other end, women still desire to access full abortion freedom especially access to self-induced medical abortion. They want the government led by Prime Minister Abiy Ahmed to grant full legalization. It’s therefore a situation of gratitude for the expansion of abortion freedoms and a push for absolute facilitation of full access to abortion rights. Human rights activists are still on Ethiopia’s case even as they recognize the intentional steps taken by the government to create a safe abortions’ space.

While every supporter of abortion rights can hail Ethiopia’s 2005 Damascus moment, it is also clear that the country has a long way to go in fully liberalizing freedoms and rights around abortion. Abortion is still illegal and offered under limited circumstances. This limitation forces women desiring to access abortion to seek the services in secrecy. and has consequently given a leeway to the rise of backstreet clinics and quacks that are ill equipped to conduct safe abortions. Eventually, women still face the risk of maternal fatalities.

Ethiopia is still in the woods as far as unsafe abortions are concerned. This kind of trajectory simply brings out the nation as indecisive on a matter that involves maternal mortality. While it’s logical to laud Ethiopia for opening up the space on abortion rights, it’s equally necessary to push for more liberal changes. Government agents should allocate more resources and facilitate distribution of awareness to women. The political class can positively assist the course by ensuring that the proposal to expand access to full abortion rights sails through the various government structures. Liberal laws are positive but not good enough. Every subscriber to a fair abortion rights’ environment in Ethiopia should also aggressively work towards eliminating any form of abortion stigma.

Luckily, there is availability of trusted sources of information and online resources focused on abortion laws in Ethiopia. Such organizations help identify the need to further discussions around the need to allocate more resources and advocacy to women. Ethiopian women can access information on safe abortion through organizations like PinkShoes through their site pinkshoes.org.