Abortion is Not a Bad Word 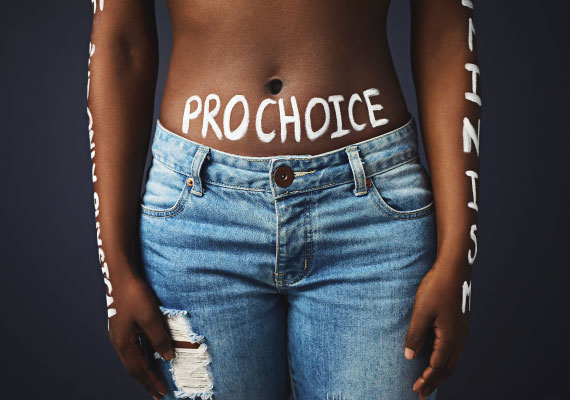 Abortion is Not a Bad Word

Abortion is an integral part of our lives, and the society we live in. From people just starting to explore sexuality, to the ones who regularly indulge in sexual activity - the conversation around abortion crosses everyone’s mind. However, it is often talked about in hushed tones. Here’s the truth: Abortion is not a bad word!

Why is ‘abortion’ perceived as a bad word?

Even though abortion is not a bad word, we are sometimes made to feel like it is one. The societal reasons for this are bred in the nook of the patriarchy. Any person who has the ability to bear a child is considered feminine, and femininity is subjected to systemic oppression. Another factor that comes into play here, is the preconceived notion that all womb-bearers are innately nurturing and open to motherhood. If a woman wants to go ahead and chooses against keeping the pregnancy, they are immediately termed as selfish.

Even though it might not seem like it, abortion and the notions around it are heavily influenced by politics. Reproductive rights hold great power to shape the world, and that’s why they’re withheld. The wrongful media portrayal of the process of abortion also leads to the prejudice that abortion is wrong, while in reality it is not.

What is the truth about abortion?

An abortion is when the pregnancy is ended so that it does not result in the birth of a child. Sometimes this is called 'termination of pregnancy’. It is a medical procedure that a licensed healthcare professional should perform.

There are broadly two types of abortion treatments: surgical and medical.

The Surgical Method consists of surgical procedures that result in the termination of the pregnancy. A Medical Abortion, or an abortion with pills, is a way to end a pregnancy by using medication.

Read about more the types of abortion here: https://www.howtouseabortionpill.org/blog/the-different-types-of-abortion/

What happens when we consider abortion a bad word?

Let’s take a step back, and gain some perspective.

We fail to provide the womb-bearers around us a fair and equal opportunity to have a say over their own lives. When a person is forced to raise a child whom they can’t afford to, the financial and/or psychological lives of both the parent and the child are put in jeopardy. In addition, the lack of awareness and comfort around ‘abortions’ costs us more ruined lives than an abortion ever could.

What do we do now?

One in four pregnancies end in an abortion, and yet the conversation about it remains rare and hidden away in the back of a closet. Given the ideologies that we have been fed, and the stereo-typing that abortion has been subjected to, navigating our way around fixing things can be diﬃcult. It may even be overwhelming to come to a realisation and not know what to do about it.

Let’s start with baby steps. Let’s start with learning more about medical abortions. Realise, consciously, that the word ‘Abortion’ is not a bad word. It is actually a health care terminology, similar to any other medical procedure. It’s important for you to say it. Especially in today’s political climate, it is important to ensure that the word in its very essence is talked about. Normalising the conversation around abortion paves the way to safe abortions.

howtouseabortionpill.org is here to normalize conversations around abortion by providing accurate information on how to use medical abortion pills.