Abortion Story: "I can´t imagine a married woman could have an abortion" 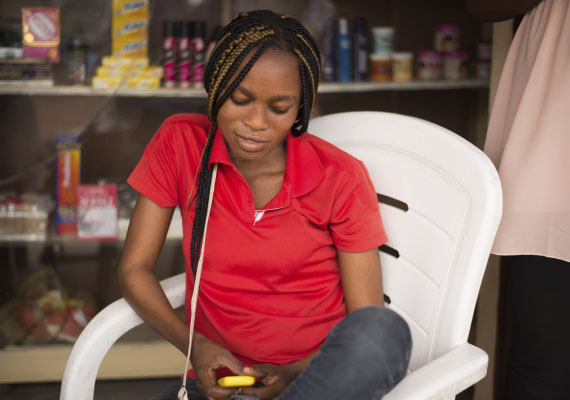 Abortion Story: "I can´t imagine a married woman could have an abortion"

Lead: According to a study published in the scientific journal The Lancet, approximately 73% of abortions performed between 2010 and 2014 worldwide involve married women.

This confidence is real, just the first names have been changed to preserve the anonymity of the people.

My name is COUMBA at 34 years old, I had an abortion. It was (08) eight months after the birth of my first daughter. I was not in a good financial situation and my relationship was in peril. My husband did not support me morally or financially during the first pregnancy. It was my cousin, a gynecologist, who gave birth to my first pregnancy. And it was my mother who paid for all the care of this first pregnancy. It made me uncomfortable asking for help from both of his people once again, once too often.

Gertrude, my friend has had several abortions in the past, she was the one who told me about CYTOTEC, a drug banned from sale in Côte d'Ivoire since 2017. I had to go to the Adjamé-Roxy district, a popular district in the city of Abidjan known for its street drug market. I bought the CYTOTEC there for almost 10,000 F cfa (or about $ 18). I took it orally and put it inside my vagina over 03 days. That’s what the saleswoman told me. Nothing. It did not work. I had an ultrasound, I was 02 months (08 weeks) pregnant.

"If you want to know how to use the abortion pills see the link: https://www.howtouseabortionpill.org/howto/"

I then inform Gertrude who is talking to her usual doctor. Appointment made on Saturday morning, I get up early, alone I am going to have an abortion in a small clinic in the district of Yopougon. The aspiration cost me 25,000 F cfa (about $ 45). The medical procedure lasted about an hour. I was not in pain, I was scared and I don't know if I was given the anesthetic. After performing the act, the doctor introduced the operating part to me. It was done. The nurse in charge of the operating part made an awkward comment: “Hmm !! ... this morning ...” as she went to throw the operating part away.

The doctor prescribed me antibiotics and told me not to have sex with my husband for a period of time or else I could get pregnant again. Afterwards, I felt very tired as if a moving truck had passed me over it. I went to my friend Gertrude's house to seek comfort, I slept all day Saturday in her room. I bled for a day or two and resumed my normal life. That is, taking care of my daughter and going back to work on Monday morning. I never asked myself whether I should see a psychologist, here it is not spontaneous to think that.

When asked why Gertrude did not accompany me to the abortion clinic, I remember that in college the girls said to themselves that it is not safe to accompany a friend to have an abortion because in the event of her death, the accompanying person's situation would be difficult. For example, you would be responsible for filling out the administrative death papers, warning the family, and perhaps going to prison. It was Gertrude's biggest fear at the time.

"If you want to know the legislation on abortion in Côte d'Ivoire, see the link: https://www.howtouseabortionpill.org/fr/abortion-laws-by-country/cote_d_ivoire/"

I had an abortion in 2019, and it was a year later that I told my husband. I reproached him for his irresponsibility. He remained calm and asked if I could have more children. I didn't know what to say to him. I talk to my mom about it later, at the same time I tell her that I plan to get a divorce. At the time, it was inconceivable to me that a married woman could have an abortion in a home, for me abortions are more acceptable when you have the life of a young single woman, a little free in your head. I am an evangelical and the religion I practice condemns abortion, but in my opinion in life there are situations that force you to do so.

"If you want to read other blogs see the link: https://www.howtouseabortionpill.org/blog/"