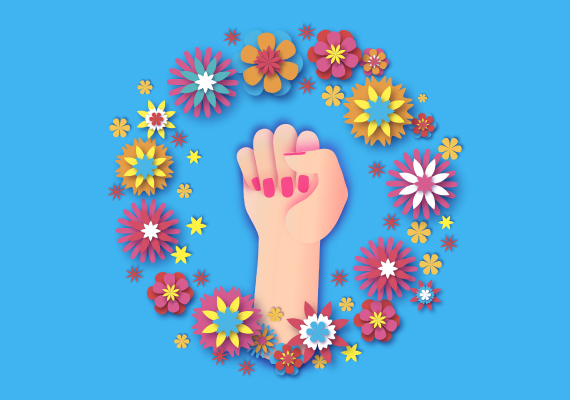 We’re half way through Mental Health Awareness month and HowToUse is continuing its coverage of abortion in the media. We’re specifically highlighting key tv shows that have represented abortion in a positive and realistic manner by focusing on one simple tenet: a woman has the sole right to decide what do with her own body.

Today’s highlight is the CW’s musical comedy, Crazy Ex-Girlfriend. The show follows workaholic lawyer Rebecca Bunch, who leaves her high-powered job in Manhattan to follow her high school crush, Josh Chan, to West Covina, California. Filled with quotable lines and brilliantly orchestrated musical numbers, Crazy Ex-Girlfriend portrays some very real-life experiences such as abortion in a way that feels normal and grounded and does not exaggerate the personal decision process that a woman goes through. Continue reading to find out how the show nonchalantly covered an abortion like it was no big deal – which it isn’t!

In season 2 episode 4, “When will Josh and his friend leave me alone?”, Rebecca’s best friend and aspiring lawyer, Paula Proctor, finds out that she is pregnant right after being accepted to law school. Being a mother and wife in her 40s, Paula believes that she is too old to have an abortion. She discusses this with her husband, Steve, who simply states: “You, uh, sure you want another baby? There are options, you know. We just won’t mention it to Father Brah and he won’t tell God.” Paula continues putting off a decision while working on a legal petition but it is clear that her desire to go to law school far outweighs her desire to have another child. Paula finds out that her legal petition was successful and receive praise from the judge for her legal prowess. She leaves the courtroom excited and happy over her first legal victory and begins imagining her life as a fully-fledged lawyer. The next time we see Paula, she’s lying in bed and the doorbell rings. Her son, Brendan, gets up to answer the door and yells: “Mom, I’ll get it since you just had an abortion.”

Oftentimes we are led to believe that husbands are usually against their wives getting an abortion. In this episode, Paula’s husband is extremely supportive and makes it clear that the decision is entirely hers. In addition, her son Brendan places as much significance over his mother’s abortion as he would someone suffering a mild headache.

The abortion storyline is handled in such a simple and straightforward manner that focuses on Paula’s personal life choices rather than the actual procedure. Paula wanted to go to law school above anything else – this was her dream and she chose to follow it. It’s that simple. Her decision to have an abortion was not politicized, sensationalized or over-dramatized. It was not drawn out and painful nor was it filled with guilt, regret or shame. She put her happiness and her priorities first and didn’t look back.

Why the Crazy Ex-Girlfriend episode is important:

Whenever an abortion is mentioned there is a tendency to over-analyze it; to try and rationalize and justify it; to approach it from an emotional angle; to portray the woman as a tearful and depressed shell of her former self. Paula’s abortion was so matter-of-fact that if the writers had instead chosen to have her fail her law school entrance exam rather than experience an unwanted pregnancy, there would have been absolutely no difference to the general tone or mood of the episode.

Abortions can sometimes be emotional and trying decisions but there are also many abortions that are dealt with in a very pragmatic and rational manner: The woman finds out she’s pregnant. She does not want to sacrifice her goals. She does not want to be a mother. She has an abortion. She gets on with her life. Her family and friends don’t make a big deal out of it. She’s happy!

Did you watch the episode? What did you think? Share your thoughts with us and help continue the conversation of honest depictions of abortion in media. You can follow us Facebook, Instagram or Twitter.You can also visit our website for more information about safe medical abortion, or email us at info@howtouseabortionpill.org.

Sonia is a cat enthusiast, a safe abortion champion and is the Partnership Coordinator at https://www.howtouseabortionpill.org/