How Can I Support Abortion Rights? 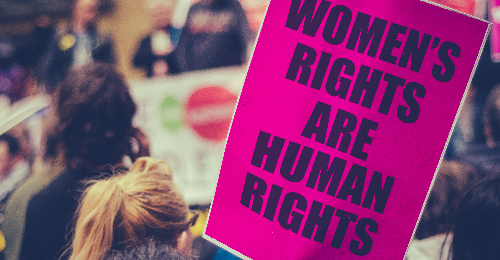 How Can I Support Abortion Rights?

As abortion continues to take center stage in political standoffs around the world, allies and advocates are increasingly asking a series of common questions: How can I support abortion rights? What role can I play? Can my voice really have an impact?

We’ll tackle that last question now: yes. Perhaps more than any other human rights issue facing the public, access to abortion is utterly dependent upon a collective of voices rising up in its defense. The fight for abortion boils down to how effectively its advocates can dismantle stigma, normalize the experience, and insist upon access to abortion as part of comprehensive sexual health care.

In today’s blog, we’re sharing a guide for all those wondering how they can support a woman’s right to choose. We thank all of those who join us today with the intention of taking action, and we encourage you to share. We also invite you to follow us this month as HowToUse launches it’s July social media campaign: #HowTo #BeAnAbortionAlly.

1. Center The Voices Of People Who Have Had An Abortion/s

We get it. When it comes to abortion, everyone has an opinion. But how are those opinions formed? Often, the most vocal anti-abortion extremists spout rhetoric that is based entirely in cultural taboo, misinformation, myth, stigma, or blatant falsehoods. (Remember Trump’s famous stance against “partial birth abortions”? Yeah, that’s not a thing.)

And for those of us who appreciate a healthy dose of irony, there’s another twist: the people who are commonly loudest about abortion are also the farthest from the experience. Though a recent poll released by Vox suggests that abortion opinions are not as gendered as was commonly assumed, we cannot help but notice that women’s voices are notably absent in abortion legislation. Consider exhibit A below: the signing of the global gag rule. Notice any similarities among the people in the room? (Referencing Trump twice in one blog post is not usually or style, but damn, he makes it too easy.)

When it comes to speaking on abortion, there is no one more qualified than… wait for it… people who have actually had abortions. And thanks to online phenomena like #ShoutYourAbortion and the #1in3 campaign, there are ample platforms for listening.

Abortion allies recognize that people who have had abortions should be leading the conversation. Support these voices. Elevate platforms that share real abortion stories. Do not speak for these people, but amplify what they have to say.

Pro-life. Baby. Mother. These are just a few of the many loaded words we use when talking about abortion. Language is a tool, and it’s one that abortion allies particularly need to master.

As any abortion ally knows, there is nothing “pro-life” about governing women’s bodies or restricting access to critical health care. So why should we play by their terms? Rather than citing the opposition as the “pro-life” movement, refer to them instead as “anti-abortion” or “anti-autonomy.” You could even try out “anti-woman” or “anti-health care”. It’s time to call a spade a spade, and “pro-life” is a term that has far too long beautified what is essentially a war on women’s bodies.

How about “baby” or “mother”? Even with the best of intentions, some of us use this language when championing abortion rights. But what do they imply? Let’s remember that when it comes to abortion, there is no baby. There is an embryo or a fetus. As for the mother? Try instead “woman” or “pregnant person”. Find ways to challenge the expectation that pregnancy inevitably leads to birth, and by extension, motherhood. Frame motherhood instead as a choice.

The list doesn’t end here. When it comes to abortion, the debate is rife with language that has intentionally been crafted to perpetuate stigma and misinformation. Weed those out. Be intentional with your words and critical of the dialogue.

There is a lot to do as we push for global access to safe abortion. In fact, the playing field is so wide that it can be tough to know where to start.

Consider, first, the simple act of donating. We love organizations like Center For Reproductive Rights, which “uses the power of law to advance reproductive rights” around the world. Also keep in mind abortion provider networks, like International Planned Parenthood Federation or Marie Stopes International. . Want something more local? Find a clinic near you that offers abortion services, or find a reproductive rights network working in your community.

If you’re not in a position to donate, or want to donate AND take hands-on action, look for volunteer opportunities to support reproductive rights. Inquire at local clinics to ask if they need clinic escorts, or host a fundraiser for a politician that supports abortion access.

And the last, but perhaps most powerful way to affect change: VOTE! Abortion has become an all-out political lightning rod. Educate yourself on candidates’ stance on abortion, and help elect officials that support bodily autonomy. Remember that this is critical for all levels of government, whether local or national.

Next Steps And Support

So what did you think about our three-step guide to supporting abortion rights? Share your thoughts, share the post, and be part of a community fighting for sexual health rights.