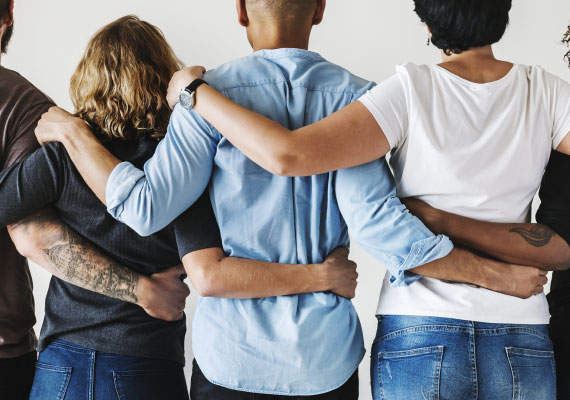 The right to safe abortions is a human right. While this is something that is generally agreed upon, often the conversation about these rights only pertain to the people who identify as women. To discuss ‘Is The Reproductive Rights Space Inclusive?’, we got in conversation with Sasha Rangnath, a queer rights activist based out of Bangalore, India who goes by the pronouns they/them.

Question: What has the reproductive rights space been like for you?

Sasha: I've been on testosterone since Sep 2019, and right before I started, I was asked if I wanted to freeze my eggs. I was 19. Not a lot of 19-year-olds need to make that kind of decision. I said I would think about it, and I'm still thinking about it 9 months later. I don't know if I want to freeze my eggs, I don't know if I want to become pregnant in the future. My endocrinologist once told me that I need to start being attracted only to women now, because 'I'm a man' (I'm not, I'm nonbinary). Cis women themselves go through a tough time with reproduction and have to deal with judgment all around, I can't even begin to imagine what it's like for trans masculine people in this country, who aren't exclusively attracted to women and may want to reproduce in the future.

Once, I visited my Gynecologist for a check-up regarding some minor ovarian cysts, and I had to inform her about me going on testosterone, to which she said that when my masculine features come in, she might not let me into the department, and laughed. She may have meant it as a joke, but it could actually happen. Another time, I had to undergo a scan for which the technicians needed to know when I last had my period, and I hadn't had it in a few months because of T, and I told them that, to which I was met with blank stares and a stammered "ok”.

Question: How inclusive is the reproductive space in India?

SashaNot inclusive at all! When I visit the gynaecology department, it says 'woman care'. Why not just gynaecology? Many doctors don't even understand the concept of transition. These things are like a constant reminder that "You are a woman no matter how you feel, or what you do" and it feels terrible, quite literally gives me physical pains to walk through these spaces.

Question: Where has the conversation about inclusivity in SRHR (Sexual and reproductive health and rights) spaces in India reached?

Sasha: There is no conversation about this at all to begin with. As I said, a lot of people including doctors are totally unaware and ignorant about trans people who are assigned female at birth.

Question: How do you think things can be made better?

SashaStart including trans healthcare in lessons right from school to university and beyond. Trans people are part of the population and we have health needs that often differ from cisgender folks, and we deserve to be treated correctly. If a patient tells their doctor about their trans identity, it shouldn't be met with laughter or complete radio silence.

They should be willing to learn more about their patient and actively work on further educating themselves and others around them. Signages that relate to gynaecology and the likes need not be referred to as 'women' or 'feminine' care. Just call it what it is. Women are not the only ones with organs that need this care.

Question: Why is it important to start talking about inclusion in the SRHR (Sexual and reproductive health and rights) space?

SashaBecause trans people are completely excluded. I would rather suffer by myself than go to a doctor and be misgendered and disrespected. And this could cause complications that could have been avoided by proper and mindful healthcare. And this is the reality for many trans AFAB (assigned female at birth) people around the world. Trans-masculine people who want to get pregnant and have kids deserve the right to do so without judgement.