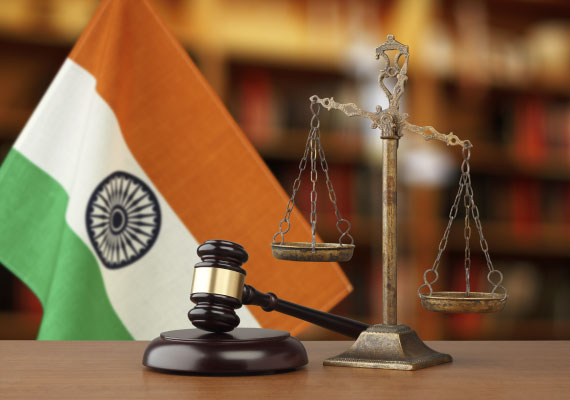 There’s been a lot of conversation about the vagueness of the Indian Penal Code lately. Most laws are heavily coated with jargon and lack a sturdiness. We got in conversation with Malavika Parthasarthy to talk about how India’s abortion laws don’t actually include the word ‘abortions’ and it’s reasons and implications. Malavika Parthasarathy is an LL.M. candidate at the University of Chicago Law School (2020-21). She graduated from National Law University Delhi in 2018. She practices in India, and has experience in the area of judicial reforms and reproductive justice. Additionally, she cares deeply about animal rights and gender justice and believes that the two are intrinsically linked. Find her on: Instagram, LinkedIn and Mail.

Malavika: The right to abortion is not an absolute right in India. As per the Indian Penal Code (IPC), causing a woman to miscarry is a crime. This includes the woman herself. The Medical Termination of Pregnancy Act (MTP Act) in fact serves as an exception to this provision of the IPC. If a woman fulfils one of the conditions specified in s. 3 of the MTP Act, she can have an abortion. These conditions are:

Up to 12 weeks or pregnancy, only the opinion of a single registered medical practitioner is required.

From 12-20 weeks, the opinion of two registered medical practitioners is required.

Pregnancies cannot be terminated after 20 weeks, unless the abortion is immediately necessary to save the life of the pregnant woman.

If you are above the age of eighteen, irrespective of whether you are married or not, you do not require the consent of your parent/spouse/partner/guardian to undergo an abortion.

An unmarried woman below the age of eighteen can access abortion services only with the consent of her parent or guardian.

Question: Why is the word ‘abortion’ not mentioned in the act? Is it important for these laws to use words like ‘abortion’? If yes, why?

For the purpose of lobbying with law-makers, using the phrase ‘termination of pregnancy’ may be more effective.

Malavika: Interestingly, our laws on abortion are more liberal than the laws in many other countries, and with the latest Bill to amend the MTP, I think we’re moving towards a system that grants women significantly more reproductive autonomy.

As per the Act, the only condition under which a pregnancy can be terminated beyond 20 weeks if it is necessary to save the life of the pregnant woman. However, the Bill says that in addition to this, if there is a diagnosis of a substantial fetal abnormality, the pregnancy may be terminated at any time, even beyond 24 weeks.

The Bill adds this provision because many times, substantial fetal abnormalities are diagnosed only later in the pregnancy. Imposing a limit of 24 weeks may not provide enough of a window for the doctor to diagnose the abnormality and for the woman to decide whether she wants to abort.

Some aspects of the current law are certainly vague. However, in my opinion, practically speaking, these ambiguities are in fact used to advance the right to abortion rather than limit it. For instance, ‘injury’ to the ‘mental health’ of the mother may be interpreted by doctors to include socio-economic factors, such as the woman being unmarried or already having more than two children.

It is certainly necessary to have a more streamlined, inclusive law with clearly enumerated rights. However, in the absence of this, the ambiguities in the current law can sometimes be interpreted advantageously.

Question: As a legal professional and a female assigned at birth, do you think that these laws are fair? Should there be changes in the way abortions are treated in the legal space? If yes, what?

Malavika: Currently, laws in India do lay emphasis on the opinion of a registered medical practitioner. I would say that women have somewhat limited autonomy under the framework we have currently. We should eventually move towards a system that allows for ‘abortion on request’ within a specific time period, which means that women should be able to have an abortion without having to meet any requirements or conditions, as long as it is within a period that enables her to have a safe abortion.

Question: In the Indian cultural context, do these laws perpetuate judgement? If yes, how?

Malavika: Practically speaking, it is not the laws themselves that perpetuate judgment. Awareness of the law is itself so limited that the law is not in a position to affect societal attitudes. It is however societal attitudes that determine how the law is implemented and the contours of the rights conferred by the law.

Question: What are some things, related to the legalities, that every person should keep in mind before, during and after an abortion?

Unfortunately, as the law stands, it is not possible for an unmarried minor to seek an abortion without the consent of her parent or guardian.

Currently, the Protection of Children from Sexual Offences Act, or POCSO, contains a provision on mandatory reporting. The age of consent is 18, which means that engaging in sexual activity with persons below the age of eighteen is a criminal offence, irrespective of gender or whether the parties consented. Even if both parties are below the age of eighteen, it becomes an offence under POCSO.

The mandatory reporting provision says that if a person has any knowledge or apprehension that a minor has engaged in sexual activity, consensual or not, that person is mandatorily bound to report it to the police. Whether the child wants to report or not does not matter. Failure to report is a criminal offence.

This means that if a minor approaches a doctor for an abortion, the doctor is duty bound to report to the police, saying that the minor has engaged in sexual activity. This restricts access to abortion services, because doctors may refuse to perform an abortion without informing the police of a violation under POCSO.

There is definitely an urgent need to amend the law, because a young girl below the age of eighteen may be reluctant to confide in her parents that she has engaged in pre-marital sex, fearing physical or mental repercussions. She may also be a victim of rape, and may fear the stigma that comes with it. She may also be scared that she would be forced to marry her rapist and raise the child with him.

B. If you are disabled:

If you are physically/intellectually disabled and above the age of eighteen, you do not require the consent of your parent/guardian to undergo an abortion. Unfortunately, many times doctors may be reluctant to perform an abortion on a disabled person without the consent of their parent/spouse/guardian. However, the law is on your side and there is no legal barrier to seeking an abortion if you are a disabled adult.

C. No abortion without consent:

It is illegal for anyone to force you to undergo an abortion against your will. This includes your spouse/natal or marital family.

D. Be careful about confidentiality:

It is important to find a trustworthy provider who can assure confidentiality.

There are many unqualified persons prescribing abortion medication or performing surgical abortions. This may lead to medical complications or even fatalities. It is important to go to a registered medical practitioner, affiliated with a government/private hospital or clinic or medical centre run by a non-governmental organization. There are a number of non-governmental organizations providing abortion services to persons in need.

The problem with accessing abortions is that it is very time sensitive. Exceeding the time limit by even a few days could lead to you being turned away by a medical professional.