Jane The Virgin: The Secret Abortion Side Story 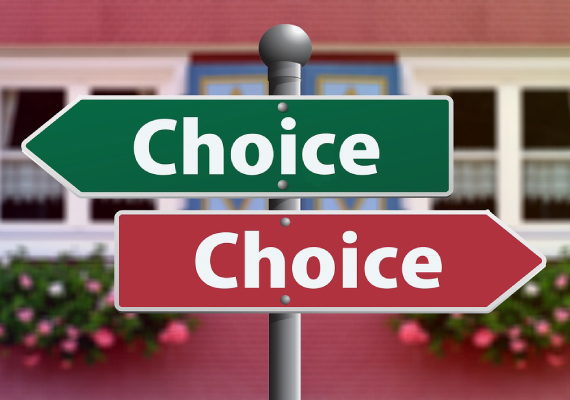 Jane The Virgin: The Secret Abortion Side Story

This week, we analyze Jane The Virgin’s season 3, episodes 1 and 2, in which an abortion side story is introduced to the series. Warning: this post is full of spoilers! If you have just started watching the show, beware! Let’s start with a recap.

During this season’s introductory episodes, we reconnect with Jane, who is now shouldering the weight of care and trauma after her husband was shot only hours after their wedding. Petra’s twin sister, Anezka, has decided to paralyze Petra and assume her identity in order to blackmail Petra’s husband. And then we have Xiomara, Jane’s mother, who has just recently discovered she is pregnant after sleeping with Esteban. Esteban, of course, is the lead rival of Jane’s father, Rogelio. Phew. Did you follow all that?

The decision of not having more kids

Let’s focus on Xiomara. She and Rogelio, Jane’s father, had decided to part ways after realizing they did not have the same vision of a future together. Rogelio wanted more children, Xiomara did not, a breakup ensues. End of story, right?

Not quite. Xiomara sleeps with rival Esteban and accidentally becomes pregnant- a pregnancy she unequivocally does not want.

Let’s remember that in the midst of all this unwanted pregnancy drama, Jane is having a crisis of her own: her husband is hovering between life and death at the hospital. Thus, after establishing the unwanted pregnancy, Xiomara’s plot line casually disappears from the screen for a little while. The next time we see Xiomara address the issue, she is with Rogelio, and we learn through dialogue that she had the abortion.

We applaud the writers of Jane The Virgin for their subtlety and discretion while handling Xiomara’s decision. If you’ve been following along, you’ve surely gathered that “subtlety” and “discretion” are not always adjectives used for such a fly-by-the-seat-of-your-pants telenovela.

Talking about abortion with family

Though Xiomara was sure of her decision, she struggled with the reaction of her pious mother, Alba. In no uncertain terms, Alba tells her daughter that an abortion will buy her a “ticket to hell.” Yikes. Harsh words coming from your mama. Alba’s reaction, of course, is intertwined with guilt and retrospective after having years ago advised Xiomara to end her first pregnancy.

Saddened by her mother’s condemnation, Xiomara seeks comfort with Rogelio. The two discuss the abortion, and Xiomara explores how she is struggling with her mother’s reaction. “She is making me feel guilty for not feeling guilty,” she explains.

Again, we’d like to pause here to note how Jane The Virgin is doing right by abortion. Women by default are assumed to struggle with feelings of grief or sadness after terminating an unwanted pregnancy. But Xiomara unabashedly confronts this assumption head on. She does not feel conflicted. She does not feel apologetic. The only thing she feels, really, is mounting anger at her mother’s insistence that she suffer under a blanket of guilt.

It was her decision, and hers only. He supports her, no matter what.

It’s a matter of choice

Flash forward a scene, and Jane is asking her mother to come back home. (You forgot about Jane there for a second, didn’t you?) Xiomara is hesitant, but gives in to her daughter’s request. And surprise, surprise: Xiomara returns to find Alba ripping out the old wallpaper. Symbolism, anyone?

Alba admits the wallpaper is ugly and so is the way she has treated Xiomara. Even though she disagrees with her daughter’s decision, she recognizes that only Xiomara can decide what is best for her.

Stigma as the real antagonist

So amid all this unfolding drama, who is the bad guy throughout these episodes? (I mean- isn’t there always a bad guy???) Well, apparently no one. Jane The Virgin models what abortion can look like in families with divergent viewpoints. No one is vilified. No one is sanctified. Everyone is just doing their best to take care of themselves and love one another.

Did you watch the episode? What did you think? Share your thoughts with us and help continue the conversation of honest depictions of abortion in media. You can follow us Facebook, Instagram or Twitter. You can also visit our website for more information about safe medical abortion, or email us at info@howtouseabortionpill.org.

Michell is addicted to video games and dogs, she believes digital marketing should be used for good causes, and she loves working as a digital strategist for https://www.howtouseabortionpill.org/