The Maputo Protocol Has Heen Gazetted: A Win for Safe Abortion Advocates in the Democratic Republic of Congo 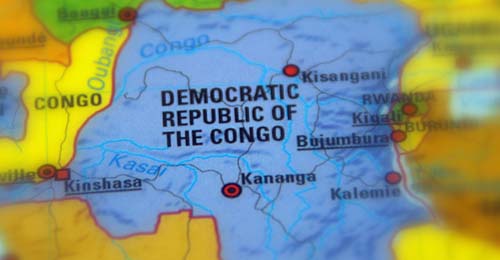 The Maputo Protocol Has Heen Gazetted: A Win for Safe Abortion Advocates in the Democratic Republic of Congo

Women’s rights advocates in the Democratic Republic of the Congo are celebrating, and with good reason: the ‘Protocol to the African Charter on Human and People’s Rights on the Rights of Women in Africa’, commonly referred to as the Maputo Protocol, has been officially gazetted into law.

Though this day has been long anticipated by activists within the DRC, readers living outside of the country may have a difficult time decoding the significance of the victory. Maputo Protocol? Gazetting? Say what? Don’t worry, we got you.

The Maputo Protocol was officially adopted by the African Union in July of 2003 and signaled a groundbreaking gain for women’s rights across the Africa continent. Among the many rights guaranteed within the thirty-two article document, the Protocol promised to eliminate discrimination against women; prohibit women from harmful cultural practices such as female genital mutilation and early childhood marriage; and, in what has proven to be the hotly controversial 14th article, “protect the reproductive rights of women by authorising medical abortion in cases of sexual assault, rape, incest, and where the continued pregnancy endangers the mental and physical health of the mother or the life of the mother or the foetus.”

Though the Maputo Protocol was seen as a momentous win for reproductive rights advocates, its ratification did not usher in the new era of African women’s rights that many had hoped for. In fact, researchers from the Guttmacher Institute continue to name Africa as the region of the world with the highest number of maternal deaths resulting from unsafe abortion and estimate that 75% of all abortions on the continent are unsafe.

So why does reproductive justice remain a distant reality for so many women in Africa even though the ratified Maputo Protocol directly recognizes abortion as a public heath concern and human right?

The answer is both simple and distressing: though 48 of the 55 countries in the African Union have signed the Maputo Protocol, the act of signing means legislatively very little.

There is a widespread unwillingness by African governments to domesticate the Protocol. More than a decade after the Maputo Protocol was first introduced, an estimated 93% of African women of reproductive age still live in countries with restrictive abortion laws.

Many African member states have failed to align their national legislation with the standards outlined in the Protocol. In addition, most governments have demonstrated a lackluster and inconsistent commitment to gender equality, and have shown little response to the many women’s rights organizations calling for states to be held accountable to the articles of the Protocol.

Which brings us back to the cause for celebration in the Democratic Republic of the Congo. Though the DRC was one of the early signatories of the Maputo Protocol, its national abortion legislation remained one of the most restrictive of the world.

But those laws are now a thing of the past. The DRC has finally gazetted the Maputo Protocol, meaning that it has officially legitimized the Protocol as valid national law.

The implications of this official gazette are radical and far reaching, though advocates of the Protocol acknowledge that there is still a long way to go. Much work will be required before legislators, providers, and the public at large fully understand the new rights and services guaranteed to all women in the DRC.

HowtoUse is committed to partnering with the women of the DRC as the country transitions towards safer, more accessible abortion services. Though there is still considerable work ahead, we would like to take a moment to celebrate all of the country’s dedicated reproductive rights advocates. Their continued hard work has fundamentally changed abortion access within one of the most legally restrictive countries in the world, and their perseverance serves as an inspiration to us all.

Lastly, HowToUse would like to urge all AU member states who have ratified the Protocol without reservation to comply with their legal commitments nationally, so that their women and girls are no longer predisposed to unsafe abortions.