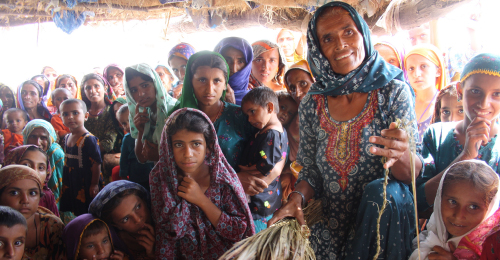 Author’s introduction:Dr Sana Durvesh has been working in Pakistan's development sector since 2008 and has a wealth of experience in both clinical work and public health programming. A medical doctor by profession, she is currently working as Senior Program Manager at Pakistan's largest social franchise, Greenstar Social Marketing. She is responsible for Government and International donor liaising as well as guiding implementation of donor funded programs. Dr Sana Durvesh also serves as President of Youth led Umang Foundation, advisor to WMO Global Youth Wing Chairman, focal person for Women Leadership Plus and Pakistan Alliance for Post abortion Care. Opinions expressed are personal.

Pakistan’s abortion law raises serious human rights concerns. Some argue that the vagueness of the law serves well for service providers and women, none of whom have ever been penalized for performing an abortion due to this very vagueness. Even extremely articulate advocates of abortion fear that too much discussion on the law may make matters worse, and that the law must remain vague in Pakistan where religious beliefs govern most social decisions and may even supersede human right concerns. In reality since Pakistan’s law does not provide autonomy to women to decide for themselves and its vagueness has created barriers to access, abortions can be very unsafe add significantly to maternal deaths. In addition to unfriendly laws dominated by interpretation of religion by clergymen, poor quality of health services adds to the ordeal of women who are being injured or dying due to unsafe abortions.

Until 1990 abortion was a crime, unless performed to save the life of a woman.  The Penal Code of 1860 was amended in 1990. The new law allowed abortion for “necessary treatment” before fetal organs are formed – the fourth month period. This necessary treatment, according to many give a levee to service providers and their clients. However women do not still have the choice to terminate even in case of rape, incest or fetal defect.

Article 338 of the Pakistani Penal Code:

"Whoever causes a woman; with child whose organs have not been formed, to miscarry, if such miscarriage is not caused in good faith for the purpose of saving the life of the woman, or providing necessary treatment to her," it's siad to cause 'lsqat-i-haml'.

A pregnant woman who caused herself to miscarry also commits the 'lsqat-i-haml' crime, which will be punished uder Article 338-A wich states : "Whoever causes isqat-i-haml shall be liable to punishment as ta'zir:

(a) With imprisonment of either description for a term which may extend to three years, if isqat-i-haml is caused with the consent of the woman

(b) With imprisonment of either description for a term which may extend to ten years, if isqat-i-haml is caused without the consent of the woman"

Despite several public health professionals’ opinion on law, why is the vagueness of law troublesome?

The shortcomings of Pakistan’s law has produced devastating results. Unsafe abortions make up to 6 percent of all maternal deaths. Of the 2.4 million unwanted pregnancies, 900,000 are end in induced abortions. 23 percent of these women are hospitalized for treatment of complications. Every year 9,700 women die which is equal to 2 air buses crashing and there is no breaking news. 13% of these deaths are being contributed by unsafe abortions. Women seeking abortions are usually married with 3 – 4 childrenso the idea that abortions promote immodesty and promiscuity is highly uninformed.

Due to vagueness of law safe abortion services are not provided at any Government of Private tertiary care hospitals and abortion services are largely unregulated. They are being provided by untrained people and are being underreported. The comprehensive abortion care is missing hence uptake of family planning and psychological support is hugely neglected. Lack of Family Planning counseling lead to a vicious cycle of abortions adding to the risk of maternal death.

Interestingly, the restrictive law which is said to be this way due to religious opinion is not even Islamic. In cases of rape, Islamic scholars around the world, have permitted undergoing an abortion. Hence Pakistani law is not even following Islamic law and needs reforms.

With the fear of the conservative right’s view on abortion, advocating for review of law becomes tricky. Human rights activist and advocates remain confused, there are unending debates or whether or not to ask for reform in fear of more conservative review while women keep dying and being injured.

For countries like Pakistan the solution may lie in taking small steps instead of out rightly advocating for women’s right to decide. This means advocating for inclusion of rape, incest and fetal disability in permissibility of abortion, to expand necessary treatment to mental and social aspects of health rather than just physical health and to have a trained medical practitioner rely on their judgement for unpacking necessary treatment. This will not empower women completely but may make the situation a little more comforting.