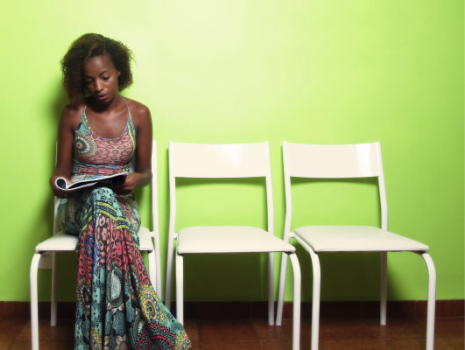 Improving sexual and reproductive health of women is highlighted as a priority in various global United Nations conferences including World Conference on Women (Beijing 1995) and International Conference on Population and Development which Kenya is a signatory to both. The drafters of these landmark documents believed in Human Rights and that everyone particularly women have the right to safe reproductive choices and high quality care, including prevention of unsafe abortion, treating its complications and reducing the consequences. While many countries have translated these broad and commendable goals into law and policy objectives and legalizing safe abortion in return realizing better reproductive health outcomes such as drop in number of deaths related to induced abortion owing to the greater safety of procedure performed by trained health care professionals without fear. Kenya remains among the countries with the most restrictive laws in regards to access of safe abortion services.

In Kenya abortion is regulated by article 26(4) which states “Abortion is not permitted unless, in the opinion of a trained health professional, there is need for emergency treatment, or the life or health of the mother is in danger, or if permitted by any other written law”1 and the 2010 revised version of the 1970 Penal Code which describes different punishments regarding abortion laws.

Apart from profound religious and moral issues these restrictive laws have contributed to maternal deaths which are described by World Health Organization (WHO) as “the death of a women while pregnant or within 42 days of termination of pregnancy, irrespective of the duration and site of the pregnancy, from any cause related to or aggravated by the pregnancy or its management but not from accidental or incidental causes”. WHO further attributes high cases of unsafe abortions which often result to death as a result of restrictive abortion laws in developing countries including Kenya3 These restrictive provisions have however, not curtailed abortion but instead driven this practice underground. Many procedures are conducted under unsafe conditions carrying substantial risk of maternal morbidity and mortality

Attempts to Worsen the Situation

The year 2012 Ministry of Health (MoH), Kenya had made progress by adopting the standards and guidelines for managing unintended and risky pregnancies and post abortion care which provided technical guidelines for health care workers to offer lifesaving care to the extent allowed by law. However one year later MoH withdrew the guidelines and the National Curriculum for Management of Risky and Unintended Pregnancies. This instilled fear among health workers and constant harassment by police.

In a move to safeguard human rights and protect gains made so far a section of civil society and human rights organizations challenged the move in court of law before a five judge bench siding with them on June 12th 2019, that withdrawal was unlawful and they should be reinstated immediately.

Current Status on Abortion in Kenya

The constitution under article 26(4) provides right to access abortion services where the opinion of a trained health care professional there is a need for emergency treatment or that the life or health of the woman is in danger or if permitted by any other written law. The judgement made by high court in 2019 further clarified that the health workers permitted to make an opinion if abortion is necessary include, nurses, clinical officers, obstetrician gynecologist, midwives and doctors.4 This means when a girl or a woman is at physical, mental or psychological health risk, a health care provider will assess and provide an option to terminate the pregnancy along with comprehensive and accurate information on abortion.

This also means survivors of rape or any other form of sexual violence that leads to pregnancy are entitled to safe and legal abortion without any form of further victimization.

Studies have repeatedly shown that maternal mortality is lower when abortion laws are less restrictive. Countries that liberalize abortion laws experience significant decrease in related morbidity and mortality.5 In Kenya studies reveal that cases of induced abortions are higher among women of reproductive age.6 When faced with unintended pregnancy they often resolve to seek backstreet services from unqualified providers depending on their level of education and economic status. Other than being vulnerable to severe complications of abortion, younger women, compared to older are often reluctant to seek emergency medical attention in fear of the legal restrictions and bureaucratic barriers. Therefore the most effective step Kenya can make in reducing deaths and injuries from unsafe abortion is to remove legal restrictions on induced abortion. This will require a political proactive approach that will also see commitment of resources from policy and decision makers.

Allowing women to access quality safe abortion care is a human right that will not only save lives and prevent short and long term injuries among women but also liberalize and provide coverage from financial impoverishment.

Dollarman Fatinato is a health enthusiast, with an educational background in emergency medical service. He has four years of experience in reproductive health advocacy where he specializes in health resources allocation at national and sub-national, policy development and health awareness among young people. He’s worked with reputable organizations as a youth advocate and programs assistant including The Centre for the Study of Adolescence, Youth in Action – Amref Health Africa, among others in promoting meaningful youth engagement in all aspects of their health. He’s also a member of the National Sexual Reproductive Health and Rights Alliance Youth Council – Kenya.