Side effects of abortion pills in India 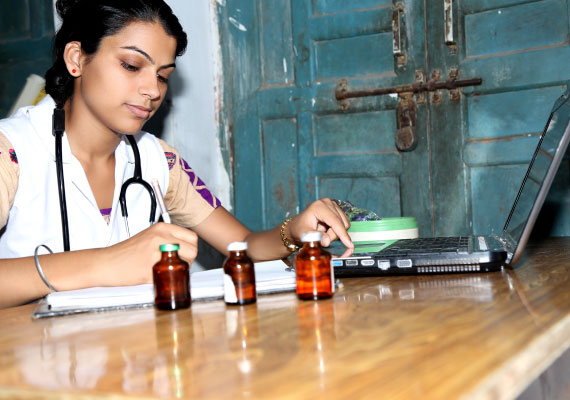 Side effects of abortion pills in India

The debate over abortion in South Asia remains unclear and uncertain. However, the amendment of the Medical Termination of Pregnancy Act of 1971 (MTP Act, 1971) is made throughout India. Was welcomed in the US, yet it left broad legislative loopholes and failed to include other recipients who might fall within the requirement of legal termination of pregnancy. Indian law allows abortion under special conditions specified under the Act, and the latest amendment also includes survivors of rape and incest. The purpose of the act of termination of pregnancies in specific medical conditions by a certified medical practitioner.

The social taboo of pre-marital sex has created an atmosphere of miscarriage. The patriarchal Indian society fails to provide its women with choices related to their bodies. In a country heavily influenced by ideas of marriage and children's sex and frivolous views on abortion, the concept of abortion pills is isolated to the majority population. India is heavily populated by rural and tribal lands where basic sex education is neither readily available nor available. Thus, the stories surrounding abortion often seem tragic, unclear, and hopelessly fraught.

How do the pills work and their side effects?

First, a pill called mifepristone is taken. This medicine prevents pregnancy from growing. Some people start having nausea or bleeding after taking mifepristone, but this is not common. Doctors or nurses may also give antibiotics to prevent infection.

The second drug is called misoprostol. One either takes misoprostol, or up to 48 hours after taking the first pill - doctors or nurses let the patient know when and how to take it. This medicine causes cramps and bleeding to empty the uterus. For most people, cramps and bleeding usually begin 1–4 hours after taking misoprostol. When this is happening, it is normal to see large blood clots or tissue flakes. This is really like a heavy, tight period, and the process is similar to an early miscarriage. Most people complete pregnancy tissue in 4-5 hours, but it may take longer. Cramps and bleeding slow down after pregnancy tissue comes out. Cramps may continue for 1 or 2 more days.

A successful abortion that occurs physically and mentally on the recipient's body requires education of the necessary reproductive rights and subsequent increased access to abortion pills once the medicinal cocktail is affected.

For most people, drug abortion feels like an early miscarriage. Can be:

Does the abortion pill have a long-term effect?

The abortion pill is safe and effective. Abortion is a common method and is used safely by millions of people. Until a rare and serious complication is treated, there is no risk to future pregnancies or overall health. Not having an abortion increases the risk of breast cancer or affects fertility. It does not cause future pregnancy problems like birth defects, premature birth or low birth weight, ectopic pregnancy, miscarriage, or infant death.

Having an abortion is a personal decision. What is right for one woman may not be right for another.

Non-biased, scientific sources provide the most factual information on abortion. Understanding the science behind abortion will help a woman make an informed choice that she is most comfortable with. When women who have had unwanted pregnancies do not have safe abortions, they often resort to unsafe abortions. Abortion is unsafe when it is done by either a person lacking the necessary skills.

Unsafe abortions can lead to immediate health risks - including death - as well as long-term complications, affecting women's physical and mental health and staying healthy throughout their lives. It also has financial implications for women and communities.

Author’s Bio:
Shagun Rai is a final year law student who believes in the upliftment of women throughout society. She believes in educating women about their rights and making them self-sufficient in making the right decisions for themselves.