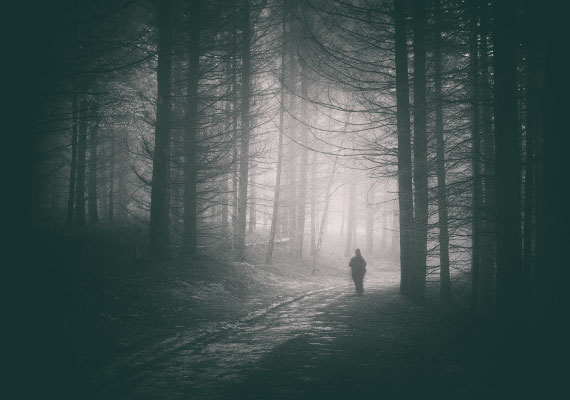 Sometimes myths are helpful- like when you can’t resist eating that last delicious bite of brownie after it’s fallen to the floor so you call out, “5 second rule!” to save yourself a little dignity. Yeah, we’ve all been there. But when it comes to health care- especially abortion- myths are downright dangerous. In today’s blog, we debunk 5 of the most common and concerning myths about abortion care.

Myth #5: Only certain women have an abortion.

You’ve heard it before: “Women like her...” “Girls like that...” Abortion is undoubtedly the most stigmatized medical procedure around the world, and those who have had an abortion are often squeezed into offensive, outdated stereotypes.

Stereotypes can create shame. Shame, in turn, can silence voices, invalidate experiences, and ultimately add barriers between women and the health care they deserve.

There are 56 million abortions each year, making up ¼ of all global pregnancies.1 People from all walks of life have an abortion: there is no singular ethnicity, class, religion, or identity that seeks abortion.2

Myth #4: Having an abortion will make it harder to get pregnant later.

Want to have an abortion but wonder if it will reduce your chances of getting pregnant down the road? You’re not alone. Many women worry that terminating a pregnancy will impact their future fertility.

This myth, which is entirely false, creates unnecessary fear and misunderstanding about abortion. Anti-abortion supporters spread this myth to make women feel like they have to choose: abortion or any possibility of motherhood?

Myth #3: You can only have a safe abortion in a hospital.

Sometimes women worry about going to a hospital for abortion. They may fear that hospital workers will shame them or violate their privacy. There also may be legal, financial, geographic or logistical obstacles that stand between a woman and hospital access.

Assuming that you can only have an abortion in a hospital may prevent many women from seeking other safe abortion resources. Without knowing their full range of options, they may resort to unsafe measures.

You can have a safe and effective abortion at home. In fact, studies have shown that at-home abortions are just as safe as abortions that were completed in clinics.4 The important piece is that you are using the correct pills and are following the appropriate instructions. It’s also key to have a back up plan just in case of emergency. You can read our complete guide to abortion at home here.

Anti-abortion advocates like to make a lot of noise around the myth of “post-abortion syndrome”. According to the myth, women who have an abortion will later go on to regret their decision, and will forever suffer mental health consequences.

This myth is downright ugly. Not only is it untrue, but it perpetuates social stigma that already surrounds mental illness. It’s a classic example of anti-abortion fear mongering and shame tactics.

Multiple studies have shown that there is no correlation between abortion and negative mental health outcomes. “Post-abortion syndrome” is an invented condition that is not recognized in medicine. Moreover, the most common feeling that women report after having an abortion is actually relief.5

Let’s make no mistake: unsafe abortion is a very real threat to the safety and wellbeing of millions of women around the world. But these unsafe abortions result from a lack of information, training and resources. The team at HowToUse is working hard to change that.

Safe abortion information is out there. Support resources exist. When we only tell women that abortion is dangerous, we deny them their right to comprehensive health care.

Abortion is safe, especially when using medication abortion in early pregnancy.6 Believe it or not, abortion is actually safer than bringing a pregnancy to term and giving birth.7

So there you have it. While some myths are worth keeping around (we’re looking at you, brownie bite on the floor), abortion myths have got to go. Spread the word, share the post, fight the stigma, and defend safe abortion rights for all.