Unpregnant: Changing The Way Abortions Are Talked About In Mainstream Media 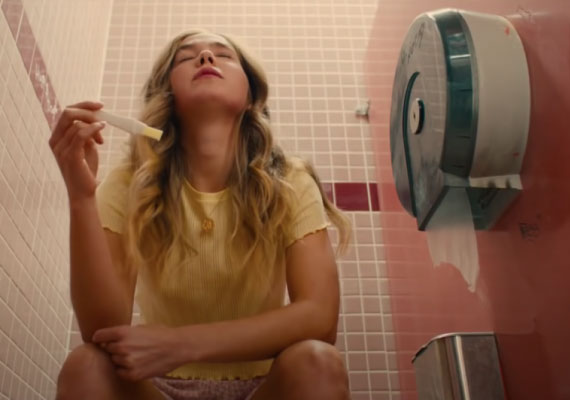 Unpregnant: Changing The Way Abortions Are Talked About In Mainstream Media

Unpregnant (2020) is a movie about two teenagers travelling 996 miles, which is 1602 kilometres, to get a safe and legal abortion. That sentence makes this film sound simple, sad and bland - which is everything that it’s not. Unpregnant changes the away abortions are talked about in mainstream media.

Sprinkled with colourful characters and wildly chaotic events, the movie is better than most teenage chick-flicks one might come across. Based on Jenni Hendriks and Ted Caplan’s young-adult novel of the same name, the movie stars Haley Lu Richardson as Veronica and Barbie Ferriera as Bailey. Veronica is a straight-A high-school senior who’s all set to live out her Ivy League dreams and Bailey is her grungy ex–best friend who’s often on the fringes of the school’s social life.

When Veronica finds out that she’s pregnant, she’s distraught and anxious - as any 17 year old would be - on finding out that the state that she lives, doesn’t permit abortion without parental consent. After trying to knock on several doors, she finally turns to Bailey despite the rough patch that they’ve been going through. Through the course of the road trip, Bailey and Veronica rediscover their once unbreakable bond as they go through obstacle after obstacle trying to get to the abortion clinic.

As fun and young as the movie is, it doesn’t steer away from the underlying issues that it is built around. In fact, the seemingly quirky, and obviously exaggerated, incidents are devices used to make the viewer wonder - what do two seventeen year olds have to go through in order to have access to a safe and legal abortion?

The protagonist in question here is a cis-gendered, straight, white girl with a fairly financially independent family in a country that claims to be the land of the free. The socio-cultural position that she is in is already a lot better than most people seeking abortion. Even after the privilege she holds, she has to travel a thousand miles, literally, to be able to be eligible for a safe and legal abortion.

More than half way through the movie, Veronica has a similar spurt of frustration. She stands on train tracks in the middle of nowhere, screaming about how she should be able to walk into a door and demand an abortion as a basic right, instead of hiding away and having to escape from people who’d make her birth and raise a child. Amidst the rant, Veronica puts forward a wonderful question: “Why do I need permission to have an abortion, but no permission whatsoever to give birth?”

Apart from breaking myths about abortions, the movie also breaks a lot of intersectional barriers like: One, queer representation! Barbie Ferriera plays an openly lesbian character who is out to her mother and confident in her sexuality, as opposed to the quaint, scared teenager battling being different. It draws away from the usual (and rare) media portrayal that fetishises lesbian women. Two, teenage actors playing teenage characters. For the longest time, teenage characters have been played by actors in their mid twenties, with proportionate figures and flawless makeup - setting impossible standards for kids in the real world.

Unpregnant ensures that each and every character casted is an appropriate representation of how diverse people are. Three, tackling the misrepresentation of teens who get pregnant. More often than not, the teens who get pregnant are shown as the ones who are typically considered “spoilt” and “irresponsible”. The movie portrays an ivy-league bound kid with perfect grades and responsibilities being affected by the unfair abortion laws in her state. Four, the post-abortion consequences.

The media portrayal of things that happen after an abortion are dramatically negative. From weirdly gross health issues, to being shunned away from family - movies often don’t consider what could happen in a more real and less reel scenario. The ending shows Veronica’s mom agreeing that she may never understand why Veronica took that step, but that doesn’t change the fact that she’s still her child and immensely loved. This reinforces the fact that having an abortion doesn’t make you and outcast. That people will still be kind to you, and love you for who you are.

Unpregnant tries to change the way the abortion narrative is told, by telling it from the perspective of a person who’s going through it, for a change.