Abortion amid lockdown in India 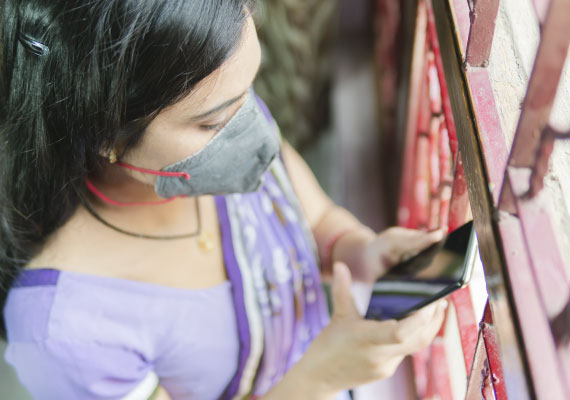 Abortion amid lockdown in India

This article was originally published in Feminism in India. You can read the original version here

The world has been embroiled in the wave of the pandemic that has cost it dearly. Officially known as COVID-19, it has already caused lakhs of deaths and will continue to have a deadly impact on the health system and economy. Not to forget, the impact of a global pandemic is far from being equal. This doesn’t connote that the Aristotelian idea of equality i.e., treat equals equally and unequal unequally, is observed rather the impact of a pandemic is largely impacted by the rich-poor divide and gender inequality. It may be a beautiful thought to ponder while enjoying our privileges that the Coronavirus poses an equal threat to the poor, especially those employed in the unorganized sector, and women. We are just hallucinating and being outright ignorant.

The worst problem faced by a woman is accessing safe abortion in a country like India. Abortion in India in normal times is equivalent to mounting a hill. In exceptional times like this, the issue of accessing safe abortion is aggravated. The underlying concern is not restricted to the question of accessibility; it delves into a bigger arena of ignorance and lack of apathy to a woman’s issue, which has been the prevailing norm of a society ridden with patriarchy.

The 21st century saw the unraveling of an appealing yet progressive idea: my life, my body, my rules. This was in response to the patriarchal society capitalizing on the body of women, using it as per their convenience that meant women had no agency over their own body. As quoted by Betty Friedan, "There is no freedom, no equality, no full human dignity, and personhood possible for women until they assert and demand control over their bodies and the reproductive process."

In exceptional times like this, the issue of accessing safe abortion is aggravated. The underlying concern is not restricted to the question of accessibility; it delves into a bigger arena of ignorance and lack of apathy to a woman’s issue, which has been the prevailing norm of a society ridden with patriarchy.

What do women want is seldom asked in the formulation of any policy that directly affects women. Even laws and policies that are supposed to establish justice is unjust. Abortion rights are integral to a woman as it represents their "Right to choose" to either continue the pregnancy or terminate it. In a country like India, which is submerged under the ocean of social baggage characterized by endless societal evils, the issue of abortion is unable to transcend the heap of obstacles thrown in its way.

Abortion is regulated under the Medical Termination of Pregnancy (MTP) Act that allows women to safely and lawfully abort her child up to 24 weeks of pregnancy. The law applies to rape survivors, married women, unmarried women, differently-abled women, victims of incest, etc. This amended law is a breakthrough and is hailed to be a progressive that recognizes a woman's right on her own body. This law has a human face that recognizes a woman’s interest, her want, her right as valid.

However, it is not as easy as it seems. Abortion in India can effectively and legally be carried out only by recognized health professionals. It can be done either by the oral method which involves the intake of abortion pills as prescribed and available only by the doctor, or through the surgical method. So the law may seem liberal but when we delve into the feasibility of it, we unravel the complications.


Can living in the comfort of a home be detrimental to our health? Can staying at home to save ourselves from viruses be actually safe?  People might opine that it's a privilege to be able to have a home. Home is the safest haven, except is it? The National Commission for Women had to launch a WhatsApp number on Friday to report cases of domestic violence, which has been rising since the implementation of lockdown.

Being caged within the four walls with aggressive, violent men, who think it is justified to unleash their unwanted and unreasonable frustration on women; the propensity of being beaten, raped increases manifold times for a woman. In such a scenario, abortion becomes a prima facie case of importance. With the imposition of lockdown, one can avail only of the necessity. The definition of what is necessary is defined by the government, supposedly catering to the needs of all the strata of society. While preserving the larger interest of the society, a woman's basic interest goes unacknowledged.

Being caged within the four walls with aggressive, violent men, who think it is justified to unleash their unwanted and unreasonable frustration on women; the propensity of being beaten, raped increases manifold times for a woman. In such a scenario, abortion becomes a prima facie case of importance. With the imposition of lockdown, one can avail only of the necessity.

Abortion In The Times Of Covid-19

The current quarantine makes women more likely to get pregnant unintentionally. Contraception supplies from condoms to the morning-after pill are becoming harder to access. The problem is aggravated manifold times in the case of unmarried/live-in couples. The threat of accidental pregnancy clouds their mind. The situation is exacerbated by a woman who has to face the brunt of a toxic relationship. There are thousands of unreported cases where a woman is forced to have sex and ends up being pregnant.

Things become worse when the Indian family, where a woman is a treasure that needs to be preserve, seeps in. The society already frowns on an independent woman. A woman has to run her mind through unreasonable thoughts before doing anything. She has to comprehend her families’ reaction and backlash before performing an act. Imagine the misery of an unmarried teenage girl who accidentally becomes pregnant. All these factors add up to a woman's distress. Family, society, pandemic, mental health, unwanted pregnancy and so many more endless and unreasonable worries leave a woman breathless, for no fault of her.

When we unveil these otherwise veiled problems regarding abortion and redefine necessity, it is at this juncture that a realization erupts, a realization to declare abortion an essential health service amid the Coronavirus pandemic. Given the fact that the majority of abortions are done in the first trimester, which makes them safe; when the country goes under lockdown, a woman who is already unable to avail abortion due to various factors has to wait longer. This makes the process of abortion unsafe and complex.

Thus, it’s of utmost importance that a country counts abortion or other reproductive health issues as essential to save lives. In its absence, there will be a surge in the number of unwanted pregnancies, more maternal mortality and more unsafe abortion. In exceptional and critical times like this, there is a need to balance necessities from time to time. The government should derive ways to enable a woman to easily access abortion.

Given the fact that the majority of abortions are done in the first trimester, which makes them safe; when the country goes under lockdown, a woman who is already unable to avail abortion due to various factors has to wait longer. This makes the process of abortion unsafe and complex.

There is a lot of precedences that can be implemented and followed. The government should publish guidance permitting telemedicine for abortion, which would allow a woman to take pills at her home in her first trimester and safely abort her baby. Telemedicine for abortion has been recommended by evidence-based bodies such as NICE (National Institute for Health and Care Excellence). This will relieve women from the quandary that has strangled her, clouding her with darkness. This can prove to be the light at the end of the tunnel.

Since nurses, doctors and all other medical staffs are busy saving people from the pandemic, this step will not just relieve women but also release the burden from their shoulders. We have the luxury of technological advancements which can prove to be effective in dire times like this. Women can converse and consult with doctors without needing to physically go to clinics through websites, 1mg, etc. The onus lies on the government to recognize such issues and implement effective policies and guidelines.

While I pen down this article and suggest telemedicine, I am reminded of my incognizance towards the rural woman. In rural areas, where the existence of choice is never felt by a woman, where there is no awareness of the existence of pills, where the myth on abortion is perpetuated that corrupts their mind, where societal evils exist in a blunt manner, accessing abortion is equivalent to digging up a hill. Their miseries during lockdown are beyond comprehension. The government needs to devise ways to allow these women to easily access pills in the nearest pharmacy.

Abortion Is More Than A "Health" Issue

Abortion is not just a health issue. It's an issue that uncomfortably straddles morals, philosophy and politics. It is a sociological issue on how we view women's control over their bodies. To deny women accessible and safe abortion is equivalent to jeopardizing her health. A woman while staying indoors might save herself from the pandemic, but how will she save her from this unwanted and at times forced pregnancy? The unequal nature of a pandemic is revealed when a woman is put in such a quandary.


She has the ‘liberty to choose’ which is unavailable to men between risking their health by living their house and continuing with an unwanted pregnancy that would further imperil their health. Mind you, the choice is rooted in coercion and not freedom. Abortion is a basic necessity of a woman. Why does society or state need to intervene? They don't carry the baby for 9 months. It's her womb. It's her choice to either have a baby or abort. It’s that simple.

We need to redefine necessity and make it reflective of a woman's basic want. We need to change the perspective of perceiving a woman's desire as irrelevant, not just during exceptional times like this. It is during such a global humanitarian crisis, I am often reminded of the divides, of the unequal social structure that fragments the society, the unequal impact of a pandemic. There is a need to isolate ourselves not alienate from problems that might be life-threatening.