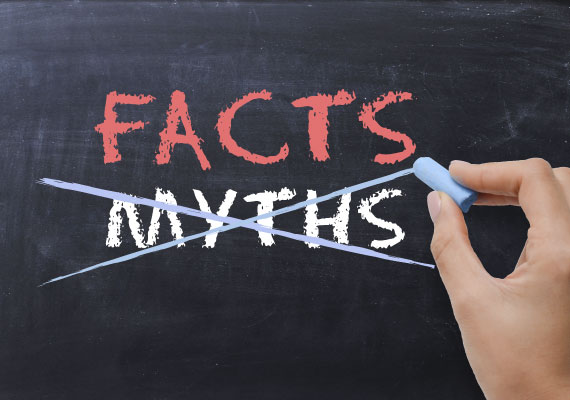 We come across a lot of vague and untrue statements that are made about abortions. A lot of these statements are made to steer us away from the healthy conversation that needs to be built around abortion. They are often born out of anti-abortion agendas who deliberately try to spread misinformation. However, facts remain facts. We’d debunked some myths last year, you can find them here: https://www.howtouseabortionpill.org/blog/top-5-dangerous-myths-about-abortion/ This time, we’re back with 5 abortion myths that need some serious debunking - 2020 edition.

Fact: Medical abortions are very safe. Serious problems are rare, but like all medical procedures, there can be some risks. Medical abortions have a less than 1 percent rate of major complications. This is to say that the possibility of someone having a serious complication due to a medical abortion, is the same as someone dying of a coconut falling on their head.[2]

Fact: Being a teenager doesn’t affect the safety of a medical abortion. Adolescents can have medical abortions safely, but not without having to overcome significant barriers to care. However, a minor’s abortion may require the involvement of a parent or a guardian. While many young women involve a trusted adult, not every teen has a supportive family, and some risk being thrown out of the house or worse if their parents knew.[3] A judge can make the determination that an adolescent is mature enough to have an abortion without involving her parents, but this process (known as judicial bypass) takes time, resources, and support.[4] Even though it is medically safe for teenagers, they may require extra emotional support. It is imperative that the teenager’s mental health be taken care of as well as their physical health.

Myth #4: Medical abortion can be reversed

Fact: Reversal of abortions is simply not possible. There have been dangerous treatments that have recently been made popular. The myth of “abortion reversal” is a cautionary tale about what happens when stigma and pseudoscience combine to make bad health care policy. The people and organizations that have been peddling the unproven claim that medical abortion can be reversed by giving large doses of the hormone progesterone also say that many women change their minds halfway through the abortion process.[6] The American College of Obstetricians and Gynecologists firmly states that “claims regarding abortion ‘reversal’ treatment are not based on science and do not meet clinical standards” and say the purported studies that underpin these antiabortion arguments lack scientific rigor and ethics.[7] Procedures to reverse an abortions hold the same credibility as slimming belts that promise an unhealthy amount of weightloss in a week.

Fact: A safe, uncomplicated, legal abortion does not affect a woman’s ability to have children in the future. Unless there are significant complications, such as a damaged cervix, a woman’s fertility is not affected by abortion.[8] The research, which appears in the Aug. 16 issue of the New England Journal of Medicine, found that abortions induced by medication don't increase the risk of ectopic pregnancy, miscarriage, preterm birth or low birth weight babies in future pregnancies any more than surgical abortions do.[9]

Harshita
A chai-enthusiast, Harshita is the founder of The Safe Space Project. She is a feminist who believes that the future is intersectional.