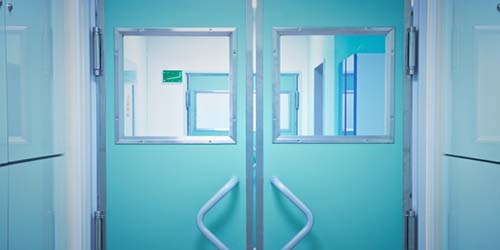 Abortion is one of the most emotive subjects in Kenya. Under article 26(4) of the Kenyan constitution, an abortion can be legally performed if a medical professional believes that the life of a woman is in danger, or if permitted by any other written law. This restriction is an improvement from the 1970 penal code, under which any person intending to procure a miscarriage could be sentenced with a felony charge and 14 years in prison.

Abortion was one of the three contentious issues that delayed the promulgation of the 2010 Constitution of Kenya. And yet again, after a serious of recent events that have captured the attention of the national audience, the country finds itself thrust back into the debate.

First, it was the exposure of Mugo Wa Wairimu: a quack doctor who has been performing abortions in unsafe and unsanitary conditions. A clip aired on mainstream television channel NTV indicating that Mugo, who in 2015 had been accused of sedating and raping women in his unlicensed clinic (but then released for lack of evidence), had re-opened the clinic in a new location where he was offering a number of services-- including abortion.

Next came the news that over 20 teenage girls had given birth during the Kenya Certificate of Primary School Examination between 30 October and 1st November. The report highlighted the severe lack of comprehensive sex education, contraceptive access, and safe abortion services that women face across Kenya.

The order further asked the clinic to submit weekly reports that showed that it had complied with the ‘cease’ order; review its existing guidelines for reproductive health services; pull down the “misleading” information on its current website; and separate the health care delivery service from its advocacy program.

The order was in response to a petition filed by an anti-abortion lobby group called CitizenGoAfrica, which has long opposed sexual and reproductive health rights, including the introduction of comprehensive sex education in schools. The petition was also supported by the Kenya Film Classification Board which had on November 5th 2018 ordered Maries Stopes to pull down radio adverts and website content that allegedly encouraged young girls to procure abortion.

The Marie Stopes Kenya Chairman, Mr. Ombewa, has denied claims that the clinic was promoting abortion. Instead, he stated to the KMPDU Board that Marie Stopes had been running a reproductive health and safe abortion campaign in Kenya, in consultation with the Kenya Health Consortium, a body that has representation from the government. The campaign was essentially meant to initiate and provide spaces for candid discussions on abortion in Kenya. He added that, the clinics have only been performing abortions in compliance to the Kenyan constitution.

The Clinic Marketing Manager, Christopher Wainanina, further added that the purpose of the online campaign was to highlight and avert high mortality rate caused by unsafe abortion in Kenya.

Marie Stopes’ problems did not start with the ban. In the recent past, the clinic has been accused of administering contraceptives to adolescent girls without their parents’ consent.

On 11 November 2018, policemen from Kilimani police station in Nairobi raided a Marie Stopes Clinic at Kenyatta Market and castigated the medical attendants for allegedly planning to administer contraceptive jabs on 47 teenage girls. The clinic had just concluded a reproductive health campaign in the surrounding areas and was offering free family planning clinics. Any young woman who was suspected to be under age was sent home by the police.

In essence, the government seems determined not to provide comprehensive sex education, contraceptive care, or safe abortion services to adolescent girls. Meanwhile, the Ministry of Health continues to estimate indicating that every year 2700 Kenyan women die from unsafe abortion.

The news of Marie Stopes ban ignited mixed reactions from Kenyans across the social media. The HowToUse team has been particularly following the hashtag #MarieStopesAbortionBan. Below are just a few of our favorite snapshots from the conversation.

💔💔💔
Heartbroken and tired.
How many times will we tell you this country hates poor women. This policy is sexist and elitist and vile.#MarieStopesAbortionBan
Stop policing our fucking bodies.

The uterus is private property. There are no externalities to the public what happens there. This is patriarchal christian fundamentalist bigotry and misogyny hiding behind public interest rhetoric. #MarieStopesAbortionBan https://t.co/OyzGHgcZ4X

.@MarieStopesKe has offered more sexual education than our education system could ever imagine. Marie Stopes put girls in control of their own bodies. Marie Stopes has done for girls in Kenya what our legal & medical systems have denied us. #MarieStopesAbortionsBan

My question is, how can a medical profession sign #MarieStopesAbortionsBan when it's evident that unsafe abortion is the primary cause of maternal mortality in Kenya? Why are we giving the quacks a leeway and happiness to endlessly injure and kill women? WHY #KeepWanjikuSafe

Kenyans are more aware that ever before about the existence of unsafe abortions crisis in the country and are ready to have a sober conversation towards the legalization of safe abortion. HowToUse stands with Marie Stopes and all Kenyan women in defending the right to reproductive health and bodily autonomy. In the meantime, we will continue to offer verified safe abortion information as a way of promoting safe choices for women and girls in Kenya.

You can visit our website for more information about safe abortion or reach out to us directly through email: info@howtouseabortionpill.org.